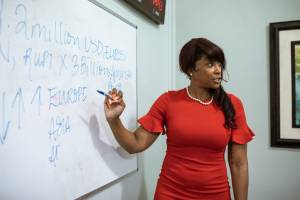 On Wednesday, March 24, PIIN joined the march against the gender wage gap. We support equal pay for all workers and are against workplace discrimination.

The date is representative of the pay gap. It symbolizes the point when women would earn as much as men did the previous year. On average, women get around 82 cents of every dollar paid to men. The gap is more significant for Asian women, while Hispanic women reportedly get even smaller wages. Thus, women receive thousands of dollars less than men every year.

The Equal Pay Act ensured constant progress in pay equity. Nonetheless, statistics still show a 17% disparity between male and female employees. Equal pay day is a call for employers to stop pay discrimination. We can enable millions of women to be paid based on their qualifications, not their gender.